Hranice is a town in the Přerov District in the Olomouc Region of the Czech Republic. It has about 18,000 inhabitants. The centre of the town is historically significant and is protected by law as Urban monument zone. The deepest pit cave in the Czech Republic, Hranice Abyss, is located by the town. Hranice is said to have been founded in 1162. Hranice was founded at the transition between the 12th and 13th centuries in the course of colonization. The original name "Hranice" means limit. When it was raised to a town in 1276, the name "Alba ecclesia" came up, from which the name "Weißkirchen" was derived. In 1292 Hranice received full city rights. Until 1918, Hranice was part of the Austrian monarchy, in the district with the same name.  In the days of Austria-Hungary and in the interbellum Czechoslovakia, and during the communist era the city hosted a large military academy. 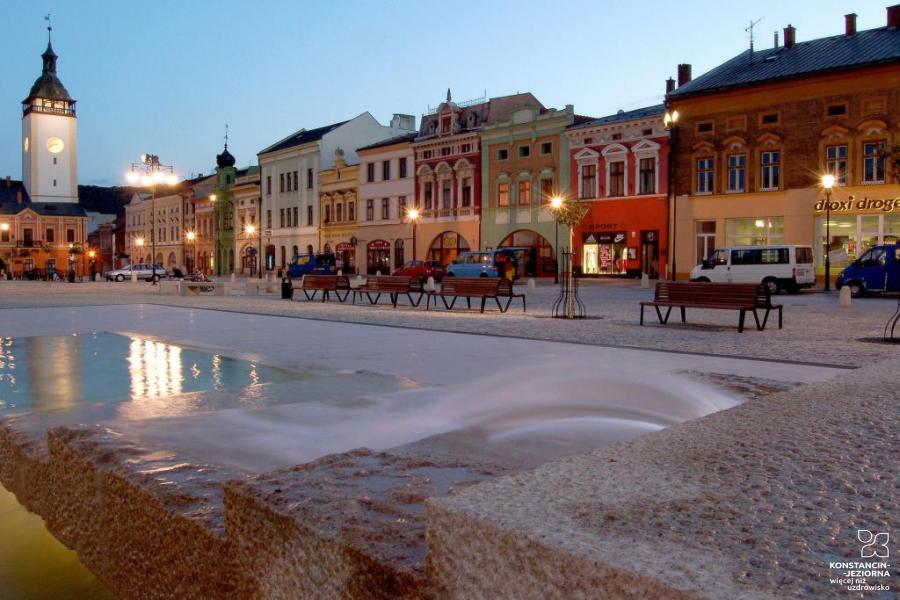 Denzlingen is a municipality in Baden-Württemberg, situated 8 kilometresnorth of Freiburg, located in the Upper Rhine Valley  at the edge of  Schwarzwald Forests. Denzlingen was already settled during the time of the Roman Empire. The first mention of the town dates back to the year 984, when Denzlingen consisted of two separate settlements, which grew together into one stretched-out town, which then led to the sobriquet of Langendenzlingen. The town has grown rapidly since the 19th century, especially after being connected to the Baden railroad system in 1845. 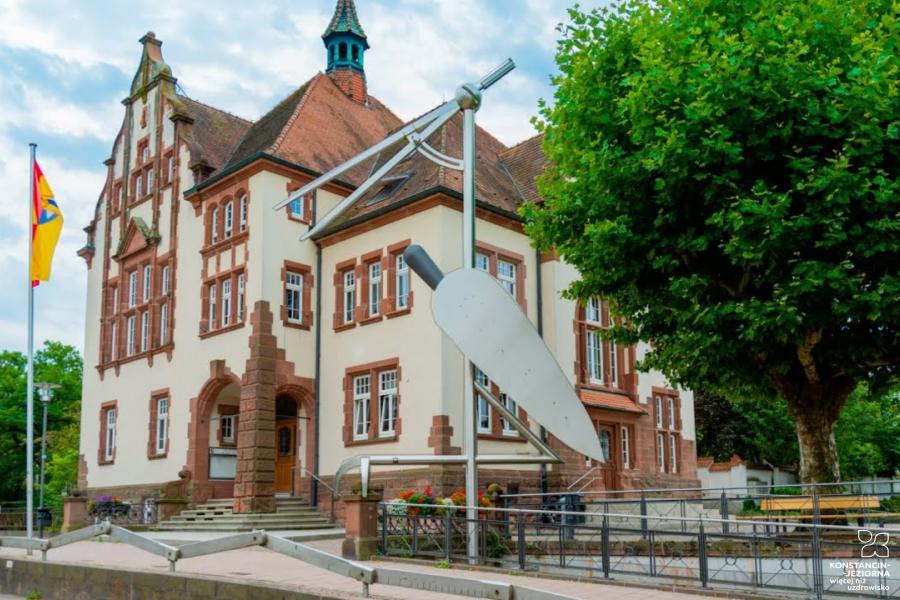 Kremenets is a city in Ternopil Oblast of western Ukraine. It is the administrative center of the Kremenets Raion (district), and lies 18 km north-east of the great Pochayiv Monastery. The city is situated in the historic region of Volhynia. It hosts the administration of Kremenets urban hromada, one of the hromadas of Ukraine. Population: 20,827 (2020 est.)

Kremenets and Konstancin-Jeziorna have ties of partnership and long-term friendships. Since the signing of the Konstancin-Jeziorna and Kremenets partnership agreement on April 27, 2007, contacts between the cities have been developing intensively. There are regular exchanges and visits of schoolchildren and teachers from Konstancin schools and the Kremenets Secondary School, and official visits by representatives of local governments. 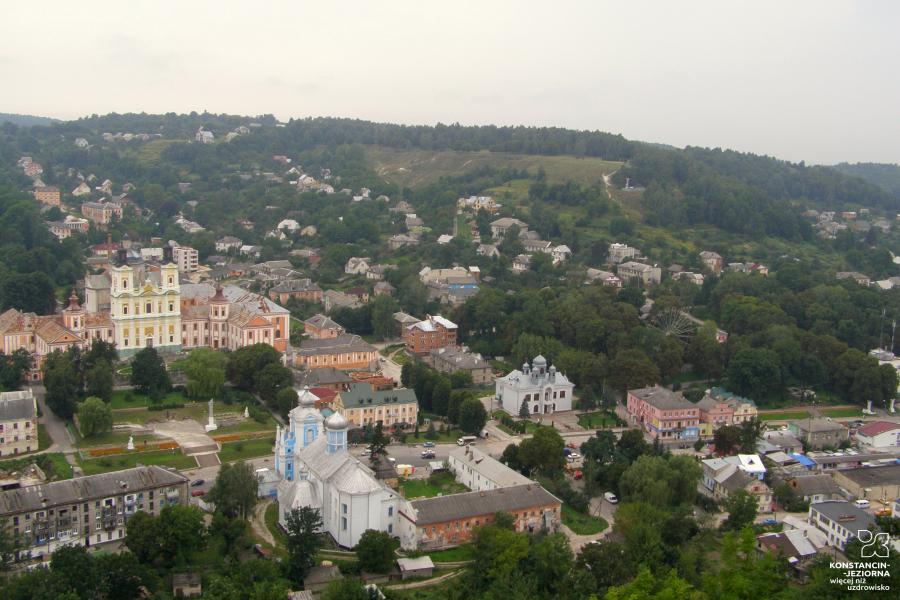 The partnership agreement was signed on March 20, 2009 in Vilnius by the starost of the New Vileika commune, Jurijus Gridiuško, and the mayor of the Konstancin-Jeziorna commune, Marek Skowroński. The main fields of cooperation are culture, education, sport and social assistance. 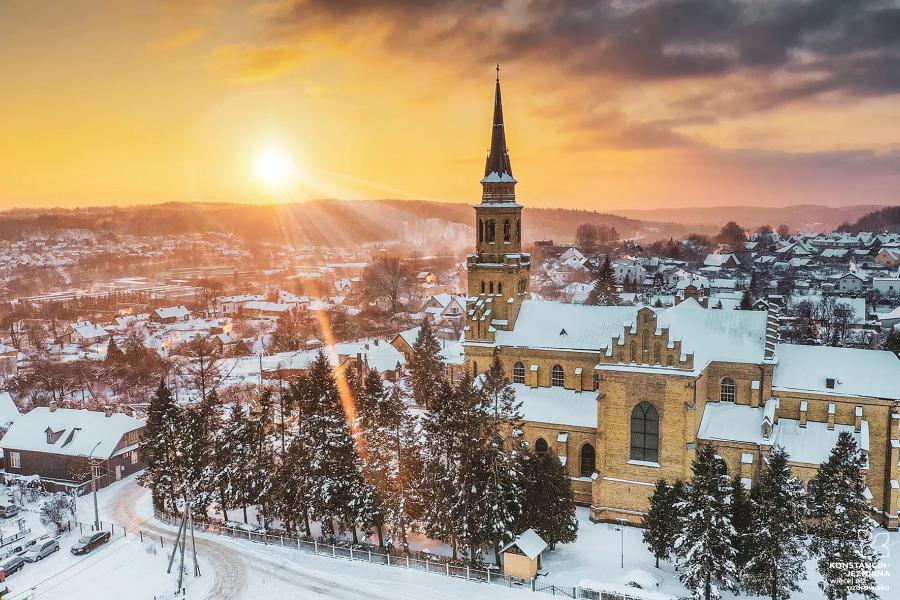 Pisogne is a comune of 8156 inhabitants in the province of Brescia, in Lombardy, Italy. Pisogne is situated at the northern-east tip of Lake Iseo. Pisogne is mentioned for the first time in 1227. In 1287 the great rebellion against the city of Brescia, the town was fortified.  In 1907 Pisogne was reached by the railway line, which is still running. The main sights in Pisogne are: Church of Santa Maria della neve, the Church of Santa Maria della Neve, containing frescoes by Romanino, the ancient parish church of Santa Maria in Silvis, built around the 9th century on ancient Roman remains, still partly visible.

The partnership agreement between the cities was signed on June 6, 2008 by the mayor of Pisogne, Oscar Panigada, and the mayor of the Konstancin-Jeziorna commune, Marek Skowroński. The long-term cooperation includes student exchange, culture, art and sport. 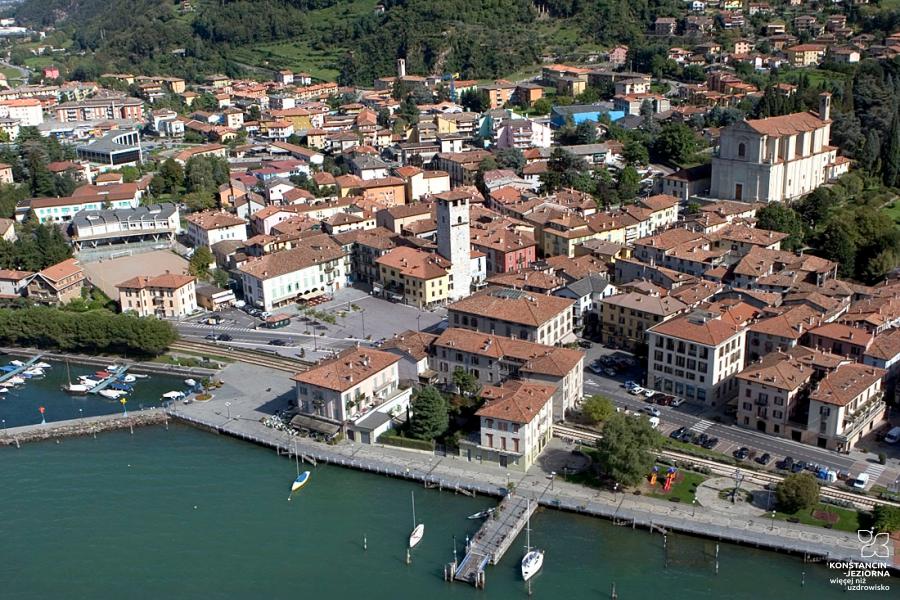 On April 5, 1992 in Konstancin-Jeziorna was signed by the Mer Saint-Germain-en-Laye, Michel Péricard and the Mayor of Konstancin-Jeziorna, Józef Hlebowicz the partnership agreement. From this time school youth exchanges, visits of residents and meetings of representatives of city self-governments are held periodically. 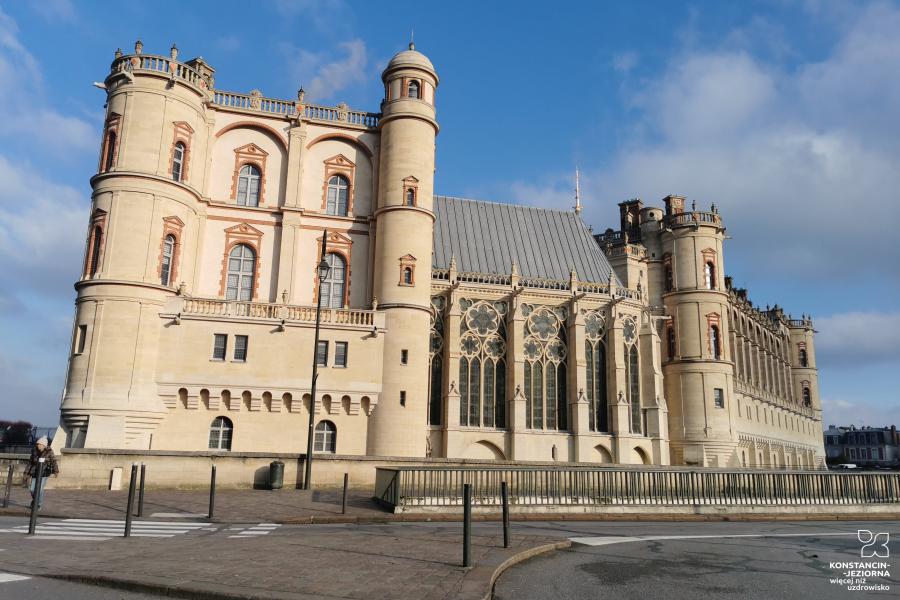 Cēsis was founded in 1206 and it is the third oldest town in Latvia. The Latvian flag has emerged here, the prototype of which is still stored in Cēsis New Castle. According to the evidence, Cēsis was inhabited from the fourth century. It experienced a rapid growth in times of the Livonian Order, when the town became the capital of Livonia and the main centre of development of Vidzeme. In 1323, Cēsis obtained town rights. Since the 14th century, Cēsis is a member of the Hanseatic League. Since the end of the 19th century Cēsis is known as a centre of art culture and recreation, and now Cēsis is an important cultural and artistic centre on the regional and the national level. The cultural environment of Cēsis is influenced by cultural and historical heritage, made up by Cēsis Medieval castle, the Old town of Cēsis with the remaining street network, masonry, ancient manors and wooden villas built on the banks of river Gauja.

On February 27, 2009, the mayor of Cēsis - Gints Šķenders and the mayor of the Konstancin-Jeziorna commune - Marek Skowroński signed a protocol of cooperation in the field of culture, art, education and sport. 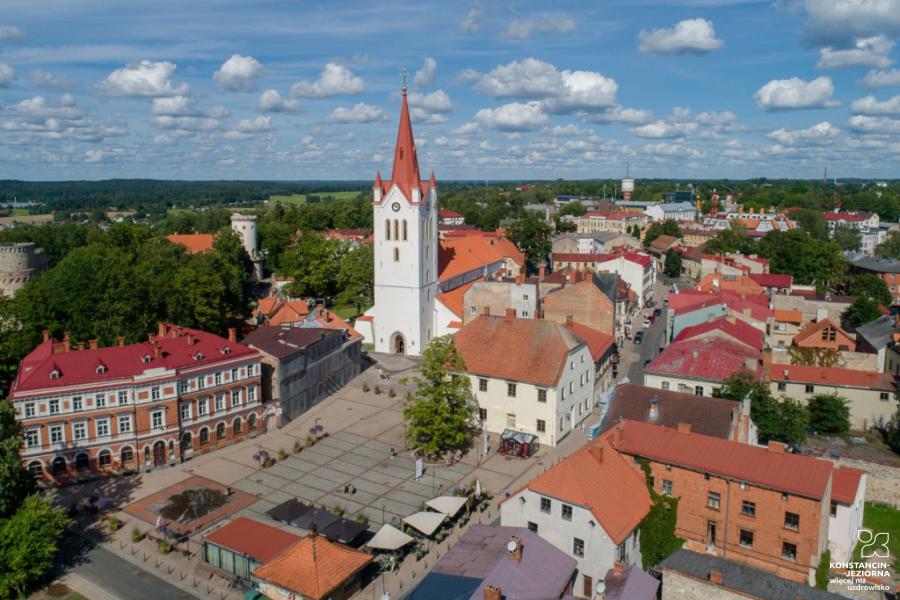 [7]
Cesis is one of the oldest cities in Latvia. Photo credit: Cēsis Municipality